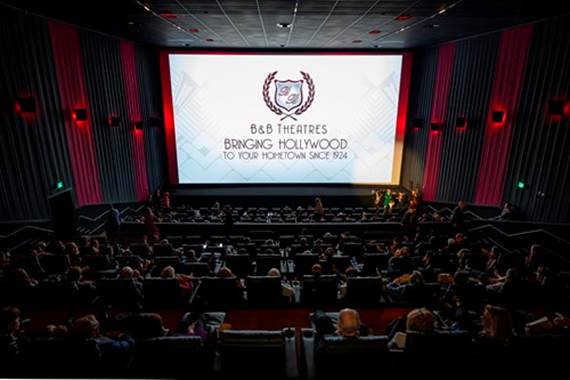 B&B Theatres stands for Bills and Bagby, two families that both launched movie theatres and joined forces-for business and love-in 1980.

The history of B&B stretches back to 1924 when Elmer Bills, Sr., bought the Lyric Theatre in Salisbury, MO, and founded Bills Theatres. It was there that he met his future wife, Johnnie, while she played the piano along with the silent movies. Years later, their son Elmer Bills, Jr., was born into the business.

In 1936, the elder Elmer hired 10-year-old Sterling Bagby as a concession clerk. Sterling grew up, fought in World War II and came home to marry his Higbee, MO ticket seller, Pauline. Together, they started the Bagby Traveling Picture Show and roamed rural Missouri with their films, projection equipment, seats and snack bar. The Bagby Traveling Picture Show screened movies in barns, schools and parks. Eventually, Sterling and Pauline's company evolved into a Kansas circuit of drive-in theatres and "hardtops" (their nickname for indoor theatres).

Meanwhile, young Elmer Bills, Jr. had met his wife-to-be, Amy, when both were 13 (he lovingly refers to her as "the best popcorn girl I ever hired") and gone on to graduate from the University of Missouri in 1959. Elmer and Amy joined his parents Elmer Sr. and Johnnie and continued the expansion of Bills Theatres, Inc.

On January 1, 1980, the Bills and Bagby families cemented decades of friendship by formally joining their two theatre companies into B&B Theatres. At the same time, Sterling and Pauline's son Bob married Elmer and Amy's daughter Bridget truly wedding the families together. After taking B&B into the 21st century, Sterling Bagby passed away in October of 2000. From 2000 to 2014 B&B replaced several of their existing locations with new state-of-the-art facilities as well as acquired, remodeled and built several new locations. In 2010 B&B premiered their first PLF (premium large format) Grand Screen® and their first dine-in Marquee Suites® concept.

On October 3rd 2014, B&B Theatres purchased Dickinson Theatres, a local Kansas City theatre circuit dating back to 1920. With the acquisition of Dickinson, an additional fifteen locations and 169 screens were added to B&B's continually growing circuit of theatres. Despite the exciting and explosive growth of the company, 2018 was a difficult year for B&B Theatres, as organization founders Pauline Bagby and Elmer and Amy Bills passed away, each having offered a lifetime of service, enthusiasm, and passion to their families, communities, and industry. Inspired by and in honor of their legacy, Bob and Bridget Bagby lead into the future and now stand at the helm of the 5th largest theatre circuit in America. And Bob and Bridget's children, Bobbie (EVP and Chief Creative Officer), Brittanie (EVP and Chief Operating Officer) and Brock (EVP and Chief Content and Development Officer) (yes, they are all Bs-what else could they be named?) are the fourth generation to work for their family's chain. 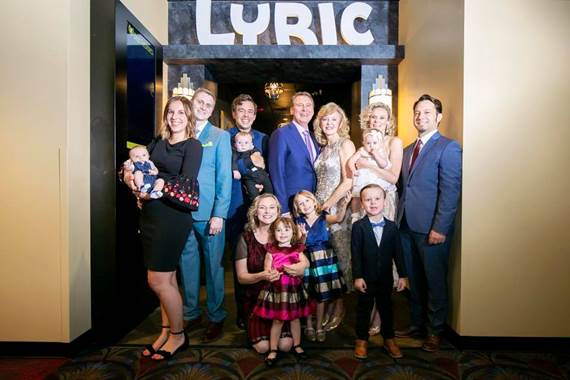 Through the years, B&B has seen the coming of sound, color, widescreen, digital, 3D and countless other advances in stereo sound and projection. Our newest complexes offer the latest in sound and comfort, including DOLBY 7.1 Surround Sound and digital sound in all auditoriums, stadium seating, wide screens, high-back rocker chairs with cup holders, luxury electric recliner seating, Grand Screens® Marquee Suites® and digital projectors with 3D capabilities. Our extended family now consists of over 1,400 employees. Today, B&B operates theaters in towns of all sizes, and we've even opened multiplex theaters in many of the same places that once were home to our old-time single-screen and twin theaters. 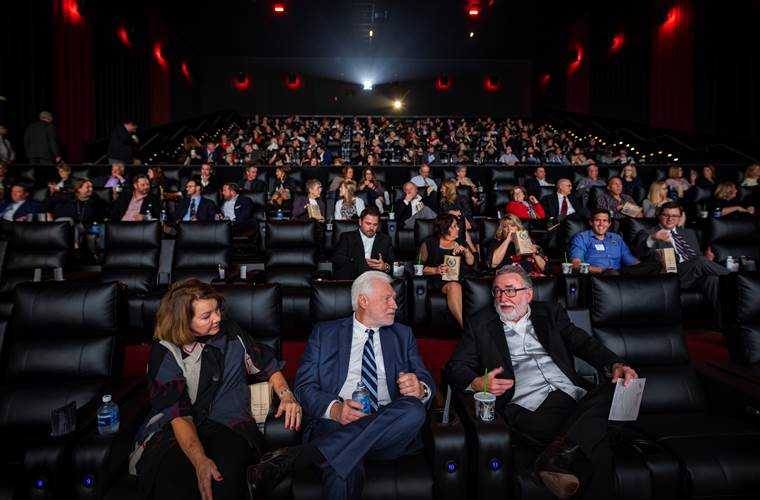 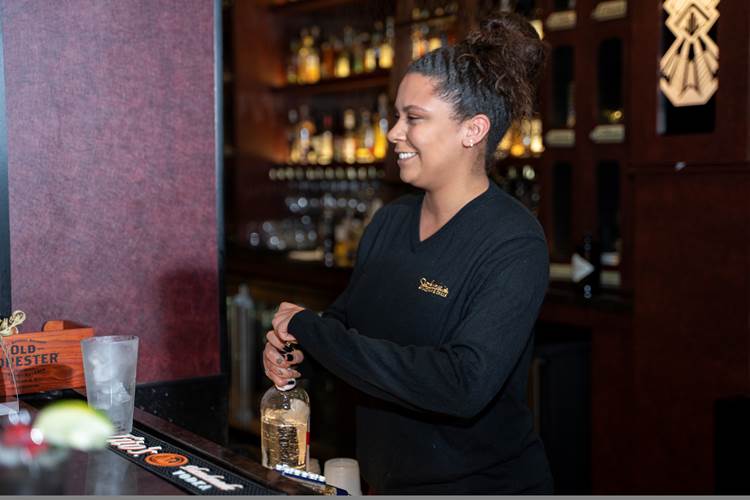 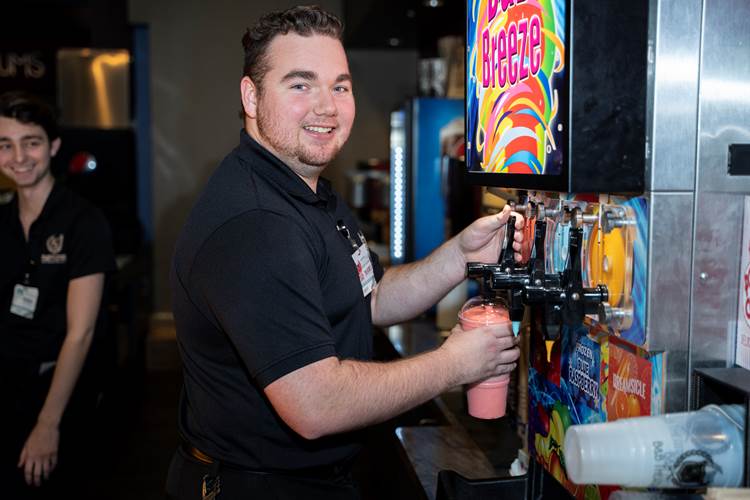